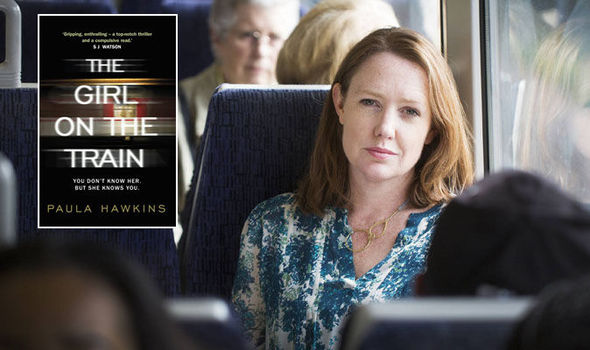 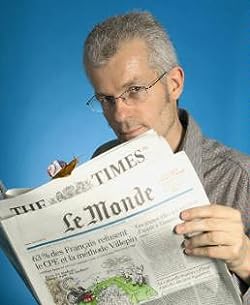 Stephen Clarke is a British (St Albans 1958) journalist and writer working for a French press group in Paris. He has published about five novels in the « Merde series » featuring an English guy named Paul West, who must go through many  adventures while trying to survive living with  the Parisian Froggies.

I had not planned to read this book but it was a suggested reading from my daughter. Great.

I sure  laughed while I was reading it. The book is full of British sense of humor and we Frenchies,  can laugh at ourselves. Sans rancune.

One year in the merde is the story of a British guy named Paul West, a nice looking and young fellow, who comes to Paris for a new job. His new boss, Jean Marie Martin hired him  to work for the company he owns, a meat-processing business. By hiring a British work-chum, Jean Marie thinks he’s flying into new horizons. Before this, Paul West was chief of marketing for a chain of French Cafés in England. The chain called Voulez-Vous Café Avec Moi ( très original comme nom, plein de sous entendus, it sounds sexy).

Paul is quite happy being in Paris because he’s learning about Frenchies , really e-x-o-t-i-c for a British. At first, Paul thinks French people must be so happy since everyone is kissing everyone all around; at the same time he’s awfully worried about catching herpes (Wow, I thought, if there’s ever a serious epidemic of facial herpes, they’ll have to get condoms for their heads). Also Paul feels happy because he’d learned that French women  wear amazing underwear and this, he thought, was going to titillate him a lot. (Normally, I suppose you would be heading for disaster if the main motivation for your job mobility was the local lingerie, but my one year contract started very promisingly).

But Paul West has so many things to learn about the French Style of living (because we DO have a French Style of living, of course). First of all, Paul maybe knows something about Cafés, but he knows nothing about French cooking, « the French Empire of real bouffe, Her Majesty LA CUISINE française ». His first experience in a French Brasserie is hilarious : he asks for a  typical, classical starter, a « chèvre chaud« , and thinks  he could get the horns because he translated chèvre chaud to hot goat. And thinking  the Parisians take two-hours lunch breaks just to eat each day…and trying to figure out that he will not get any favours by smiling too much.  Oh no, that’s too British.  He realises he should show them  you don’t give a shit what they think because only then  you will get what you want in a Brasserie. If you smile too much, the French think you are retarded.

Another  amazing point with Paul is that, as French people are often on strike, like it’s  a national « must » (Liberté, Fraternité, Strike, the French slogan)  he asks himself, when a waiter in a Brasserie moans he’s on strike « en grève », why then is the waiter  on strike while serving but not when collecting his cash.

It seems to Paul that the French are a little bit too polite. As he describes it: the only difficulty with being tough on everyone was that they were all so polite :everyone was that they were all so damned polite, almost ritually so. They always shook hands the first time they see each other in a day. They all say « bonjour » every morning and ask if « ça va? », and when they part, they wish « bonne journée »-have a nice day-or if it is the afternoon, « bonne après-midi », or if it is later on, « bonne fin d’après-midi »-have a nice rest-of-the-afternoon. If you meet for the first time after about 5 pm, they say « bonsoir » instead of « bonjour ». And if one or other is in the way home, we separate with « bonne soirée »-have a good evening. This was without all the « bon weekend » stuff on Friday’s, and Monday’s « bonne semaine » (have a good week). It was Oriental in its complexity.

What is very unlikely in this book, is the fact that Paul’s boss, Jean Marie, introduces him to his very private life,  his own daughter Élodie and allows Paul to share an appartment with her, even if Paul is paying his part. This is VERY unusual. And the fact is Jean Marie’s  daughter was renting a « state subsidized apartment » called HLM (Habitation à Loyer Modéré), with a very low amount of rent and normally reserved to people with low incomes and no properties in town. Not only does Jean Marie’s daughter live in un unlikely  location,  she is sharing the appartment with Paul. This is truly unlikely.

Another very unlikely situation in the book is the fact that Jean Marie tries to sell a very nasty « country house » to Paul, because the latter very quickly gets sick of the sheer urban density of the city and gets sick also of his neighbours: he has too much noise over his head.  He wondered if this wasn’t what made Parisians so manic. Indoors, they are permanently assaulted by the unwelcome sounds of their neighbours’ routine lives. And then when they get outdoors, the only place to walk is on hard tarmac. The constant pounding on their eardrums and their feet must cause their brains to bounce off-centre.This house is nasty (cheap indeed) because the house is in a place where Jean Marie is a mayor,  a little town in Normandy, near Paris and he acts with Paul dishonestly because the house has no value since there’ll be a nuclear power station around soon…

Now, if we talk about work, Paul finds  totally infuriating the way people never came to any decisions, that means the way French waste time. Every week, the team had a « committee » (every meeting was called a committee) and every commettee consisted of one of the others in the team talking about whatever idea they’d had in the loo before coming to the meeting. Only the French, he thought, could attain orgasm by listening to themselves. It was self-inflicted oral sex.

Paul is aware Paris is not very clean : applied to daily life, this is the key to keeping your shoes clean on the pavements of Paris. As you walk, your subconscious scans the pavement ahead. It learns to spot the tiniest bump on the horizon, and prepares your feet to step instinctively around it. Ask a Parisian how they manage, against all the odds, to keep their feet clean. They don’t know. It’s an instinct that is part of being Parisian. Those 650 people a year who go to hospital after slipping on merde – I bet they’re tourists, or provincials, or the old and infirm suffering from depleted instincts.

Boulangeries are a big deal in Paris. There are many-many,  everywhere,  so you can go buy your fresh and crispy bread in slippers. This French love of food events is so great that it send them completely insane when they go to the boulangerie to buy bread. The boulangerie is the only place in the world where the French will stand patiently in line.

Police in Paris was a total surprise to Paul (but unfortunately this was in ancient times because now he’ll see Police and the Army everywhere due to the recent attacks) : personally, I’m not sure the police would have made much difference. The Paris Police are the best in the world at one thing – sitting in buses. You see them all over the city practising their unique skill. You’ll walk into a street ans find it jammed solid with traffic because the police have decided to double-park two of their buses there. Inside, whole brigades of riot police will be sitting apparently having got prior warning of a riot about to break out in that very street. They might spend a morning there, getting out occasionally to stretch their legs, nip off to the boulangerie or compare body armour, and then when the riot doesn’t materialize, they go and sit in another street.

So this was Paul’s experience in downtown  Paris for a year. A year in the merde. Too much trouble with food, renting, buying, strikes, urban waste management, customs and so on. Too  complicated, too  different. We suppose he was glad to go back home sound and  safe.

This could be the way « Rosbifs » see « Froggies ». Why not. God save the Queen. Sans rancune. Funny.